On September 26th, Moscow State Linguistic University celebrated the European Day of Languages (EDL). Students of the university, students of the MSLU Pre-University College and partner schools took part in the events.

MSLU on Sign Languages at Muzeon
On September 24th, International Deaf Day, MSLU organized an “Author-Session” event at the Muzeon Park of Arts devoted to sign languages. The International Deaf Day is celebrated worldwide on the initiative of  the United Nations Organisation on the last Sunday of September, commemorating the foundation of the World Federation of the Deaf  in 1951.

MSLU Volunteers Teach and Play with Orphans
On June 4th, MSLU volunteers once again visited the Yakhroma Orphanage and gave creative workshops there. 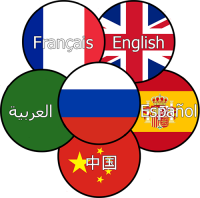 William Shakespeare’s Theme Night at MSLU
On May 12th, a theme night devoted to William Shakespeare’s heritage took place at the MSLU conference hall. The event was organized for the third time by the MSLU Centre of the English Language and Culture and the Macmillan representative office in Moscow.

Lecture by Ambassador of the Grand Duchy of Luxembourg at MSLU 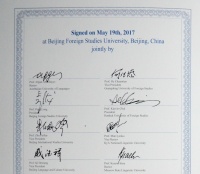 On May 19th, Moscow State Linguistic University became one of the founding members of the Global Alliance of Foreign Studies Universities (GAFSU), the first association of the kind.

MSLU Celebrates Victory Day
On May 4th, WWII veterans, local municipal officials, MSLU staff members and students of the University and the Pre-University College gathered in front of the main building around the monument dedicated to those who fought in the 5th Militia Division during the war, to celebrate 72 years of the great Victory in a solemn commemorative ceremony. 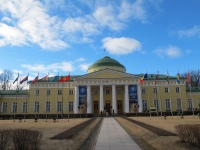 IPA CIS marks 25th anniversary
The Standing Commission on Science and Education of the CIS Interparliamentary Assembly met in St. Petersburg on March 27, 2017 to discuss a number of model laws, amendments to the Prospective Plan for Model Law-Making until 2020, and some technical matters. 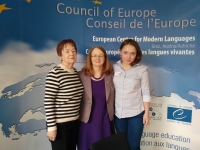