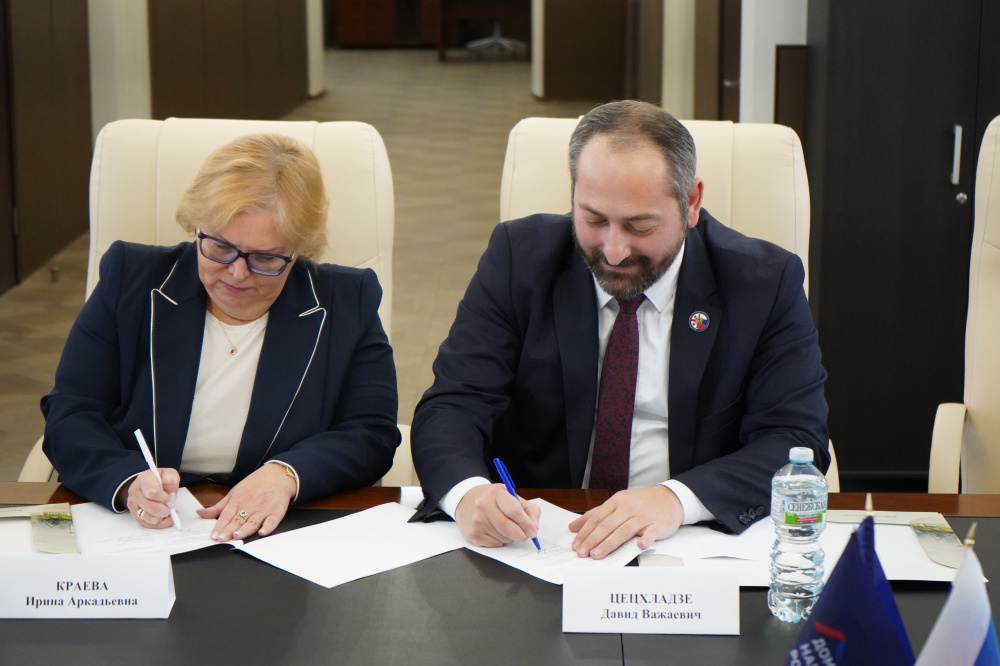 On November 18 in the House of the Peoples of Russia, Moscow State Linguistic University signed a cooperation agreement with the Federal Georgian National-Cultural Autonomy in Russia, a Georgian diaspora public organization, during a round table dealing with the support and development of languages of the peoples of Russia.


The event was attended by the University administration represented by Rector Irina Kraeva, Olga Yegorova, director of the Project Office for International Cooperation, and the entire teaching staff of the Department of languages and cultures of the CIS and neighboring countries headed by chair Zhenishkul Khulhachieva.