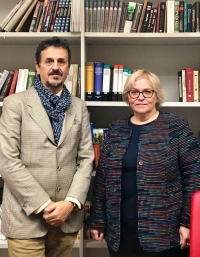 MSLU Signs Memorandum of Cooperation with University of Pisa

On November 14-15, a delegation from MSLU led by Rector Irina Kraeva visited the University of Pisa, Italy. The parties discussed new areas of cooperation, master's degree programmes in the most relevant areas of study, a summer school project as well as dual degree programmes. 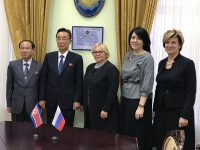 MSLU Hosts International Conference “Italian Language in Russia: Networking Among Universities”
On October 15-17, MSLU hosted the International Conference “The Italian Language in Russia: Networking Cooperation Among Universities.” It is a joint project  of  Moscow State Linguistic University  (MSLU), the Russian State University for Humanities (RGGU), and the Italian Cultural Institute, Moscow. The project is aimed at promoting the Italian language and culture in Russia, expanding academic and research partnerships as well as teaching and learning Italian in the digital age.

MSLU Ranked by Forbes among the Top Russian Universities
The Forbes magazine has compiled its first ever ranking of Russian universities by selecting the ones whose alumni are most likely to do well in business and eventually make it to the Forbes list of leading Russian entrepreneurs. MSLU ranks 45th among the top 100 universities in the list.

Admissions Season at MSLU
MSLU is the country's leading school of Linguistics, and offers potential students a selection of some two dozen academic specialisations and profiles at the bachelors, specialists and masters levels. Each programme includes professional-level studies of two or more foreign languages out of the total list of 36. In June 2018, the university added "Hospitality" as yet another certified specialisation. MSLU is also one of the very few Russian Universities to offer military training to students.

The RAEX Analytics ranking agency has compiled its seventh annual ranking of Russian universities, based on statistical data and surveys of 30,000 academics, students, graduates and employers. MSLU ranks 32nd among the top 100, scoring highly on Conditions for Quality Education, Employer's Choice and Research.

MSLU Ranks Among World’s Top Universities
Quacquarelli Symonds, an international ranking agency, has released the eighth publication of QS World University Rankings, where 4500 universities from 151 countries are ranked by category according to four criteria: academic reputation, reputation among employers, citation index and h-index.

MSLU Professor Recognized as the Best Popularizer of Science in Russia
The best Russian science communicators and science journalists were awarded prizes on the eve of the Russian Science Day. 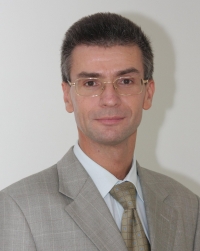 On February 1st, Dr Alexey Tsaregorodtsev, Dean of the Faculty of IT Security and Information Management, Member of A.M.Prokhorov Academy of Engineering Sciences was appointed MSLU Vice-Rector for Education and Informatisation. Dr. Alla Platko, Head of the Department of Records Management took office as Dean. 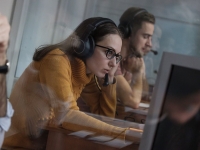 MSLU Trains Interpreters for the United Nations
On January 28th, students who had attended the MSLU elective training course “Preparing for the UN qualification exams” were examined in simultaneous interpretation from two languages by a board made up of current UN interpreters and course instructors. The representatives of the UN pointed out that the students’ level of training and their potential showed a lot of promise.

Rector of MSLU Elected
On December 18, Dr. Irina A. Krayeva was elected Rector of the University for the next five years by 89.7% of the votes at the conference of MSLU faculty and students.

Open Days at MSLU
At the end of November, a number of events were organized at MSLU to make the public and school-leavers aware of the university’s academic and educational potential. 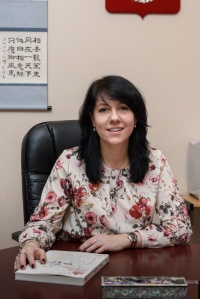 Interview with Dr. Pokholkova Ekaterina, Dean of the Faculty of Translation and Interpreting at Moscow State Linguistic University
To secure a special interview for this issue, the KF paid a visit to Moscow State Linguistic University and met with Dr. Ekaterina Pokholkova, Dean of MSLU’s Translation and Interpreting Faculty. Dr. Pokholkova spoke about the school’s department of Korean Studies and Korean language as a major subject, as well as what needs to be done to further promote these crucial subjects. 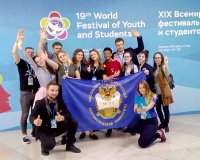