Rector holds a meeting with students
On January 25 the MSLU Rector Irina Kraeva met with students to answer their questions.

MSLU hosts Martin Reeves’ lecture
On December 8th as a part of the “Translation environment” project, MSLU held a meeting with the American writer and co-author of the book titled “Machine of Imagination” Martin Reeves. The translation of the book into Russian was carried out by a team of students, teachers and graduates of Moscow State Linguistic University with the support of BCG and the “Prosveshchenie” publishing house.

Visit to the Embassy of Vietnam
On October 1, the Vietnamese Embassy in Moscow hosted a friendly meeting of academic and management staff and students of Russian universities where the Vietnamese language is studied. The Embassy organized such an event for the first time.

Online Summer School for Students of Gutenberg University
From August 16 to September 10, Moscow State Linguistic University hosted online Summer School for students of Johannes Gutenberg University (Mainz, Germany) mastering Russian. During the programme, the students attended classes Russian as a foreign language of MSLU professors, had online excursions to the sights of Moscow, as well as practiced their language skills in sessions of the Russian speaking club.

Arrival in Russia by Foreign Students


Starting September 1, 2021, students from ALL countries are permitted to enter Russia for on-site learning with the purpose of "УЧЕБА” (studies), regardless of whether or not Russia has resumed air traffic with the student's home country. 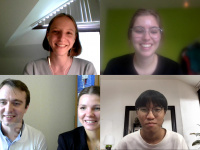 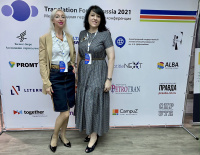