New Dimensions of Interaction with Chile 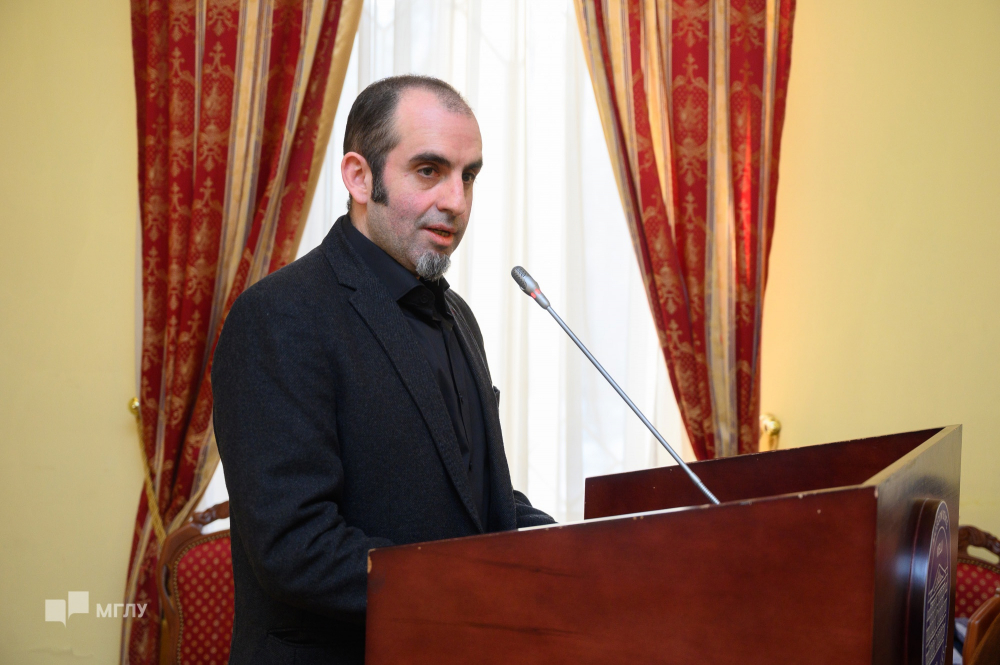 On December 1, 2022 the MSLU Center for Ibero-American Programs arranged a meeting of students and academic staff with the outstanding Chilean artist Emiliano de Rokha.
The opening address to the audience was delivered by Vice-Rector for Research Olga Iriskhanova. Speaking about the artist’s life and creative work, Professor Iriskhanova highlighted a variety of Emiliano de Rokha’s talents since he is also well-known for directing and producing numerous feature and documentary films. What is more, Emiliano de Rokha is a member of the Latin American Robot Fighting Committee.
Professor Burlyay of the Department of Theory and History of International Relations and Foreign Policy of Russia, told those present about the work by the prominent Chilean poet Pablo de Rokha who is Emiliano de Rokha’s grandfather.
In his reciprocal address, Emiliano de Rokha told the participants of the meeting about the work of the Pablo de Rokha Foundation and his immediate creative plans.
The meeting concluded with Olga Iriskhanova holding talks with Rodrigo Quevedo, President of the Chilean Robotics Association, on establishing mutually beneficial ties between MSLU and Chile in the field of digitalization. 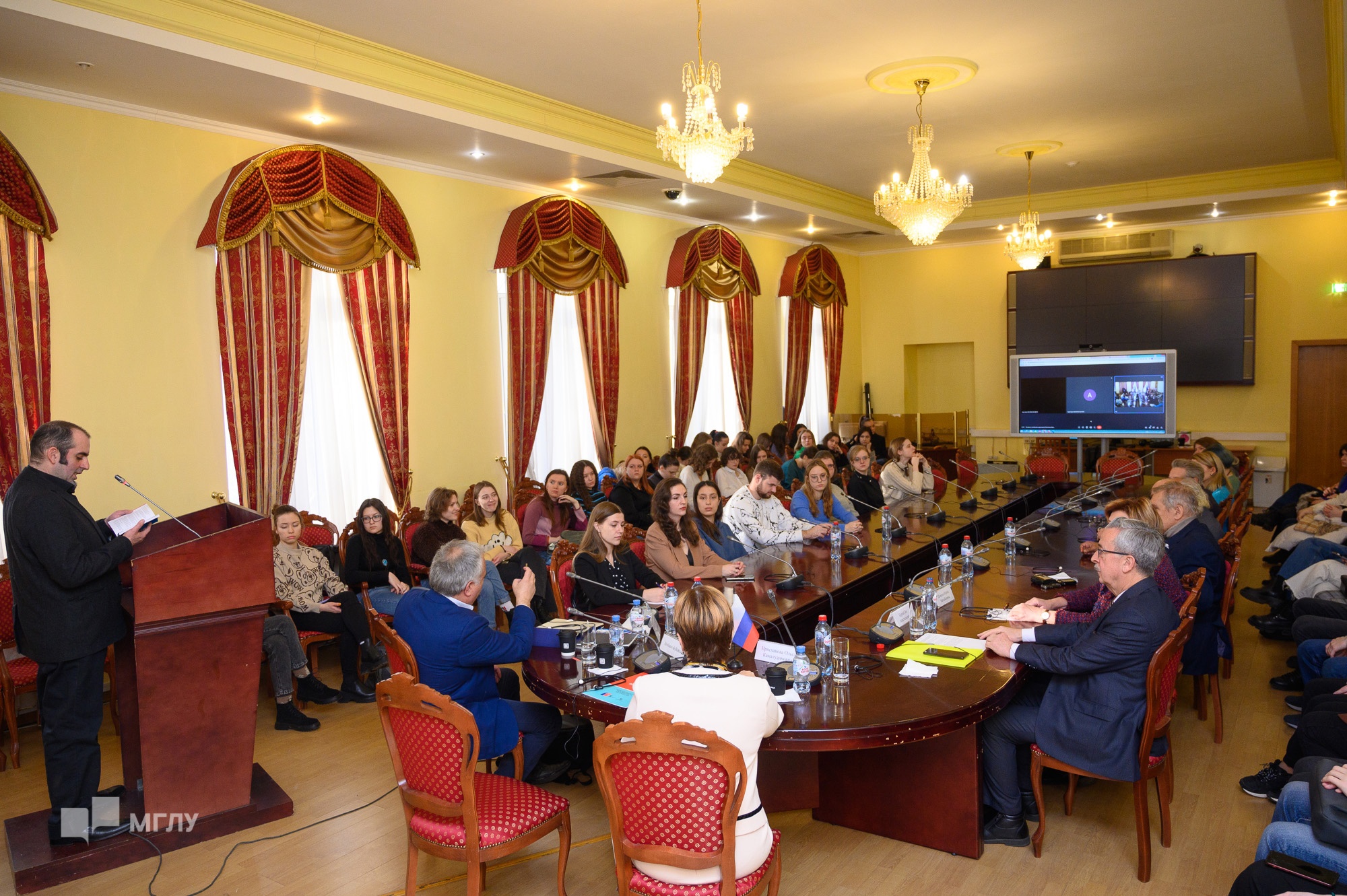 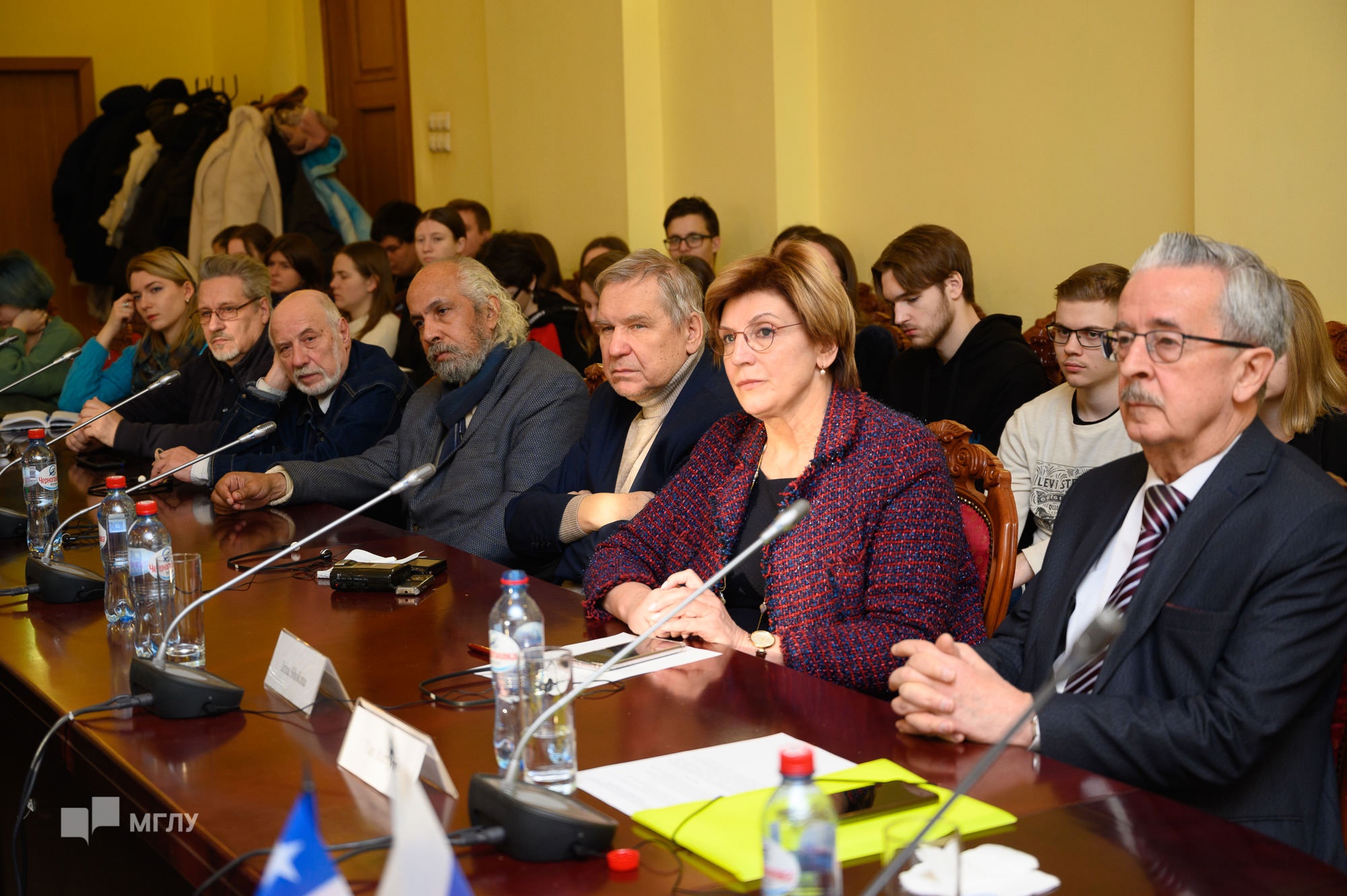