International Day of the Russian Language

On June 7, MSLU and the UN Information Center in Moscow held the III Scientific workshop "Russian language - a language that unites peoples" as part of the celebration of the Day of the Russian language, which is annually marked June 6, the birthday of the great Russian poet Alexander Pushkin.

Irina Krayeva, MSLU rector,  addressed the audience with a welcoming speech, in which she emphasized the importance of the Russian language both in our country, among its linguistic diversity, and worldwide. The guests and participants were greeted by Vladimir Kuznetsov, director of the UN Information Center in Moscow, Alexey Fedorov, Adviser to the Minister, Extraordinary and Plenipotentiary Envoy of the 2nd class of the Ministry of Foreign Affairs, Alexander Letoshnev, Deputy Director of the Department of International Organizations of the Ministry of Foreign Affairs, Evgeny Reznichenko, Director of the Institute of Translation, Tatyana Kortava, Vice-Rector of Moscow State University, and others.

The speakers agreed that while studying foreign languages as well as other subjects, one should master first and foremost the Russian language. For graduates of the Faculty of Translation and Interpreting a brilliant knowledge of the Russian language is a must. For foreign students who study Russian at MSLU, our language is a way to comprehend and love history, literature and culture of our country.

In conclusion, Andrey Vorobiev, Director of the Coordination Center for .RU / .РФ Domains, presented a talk “On the Importance of the Runet”. 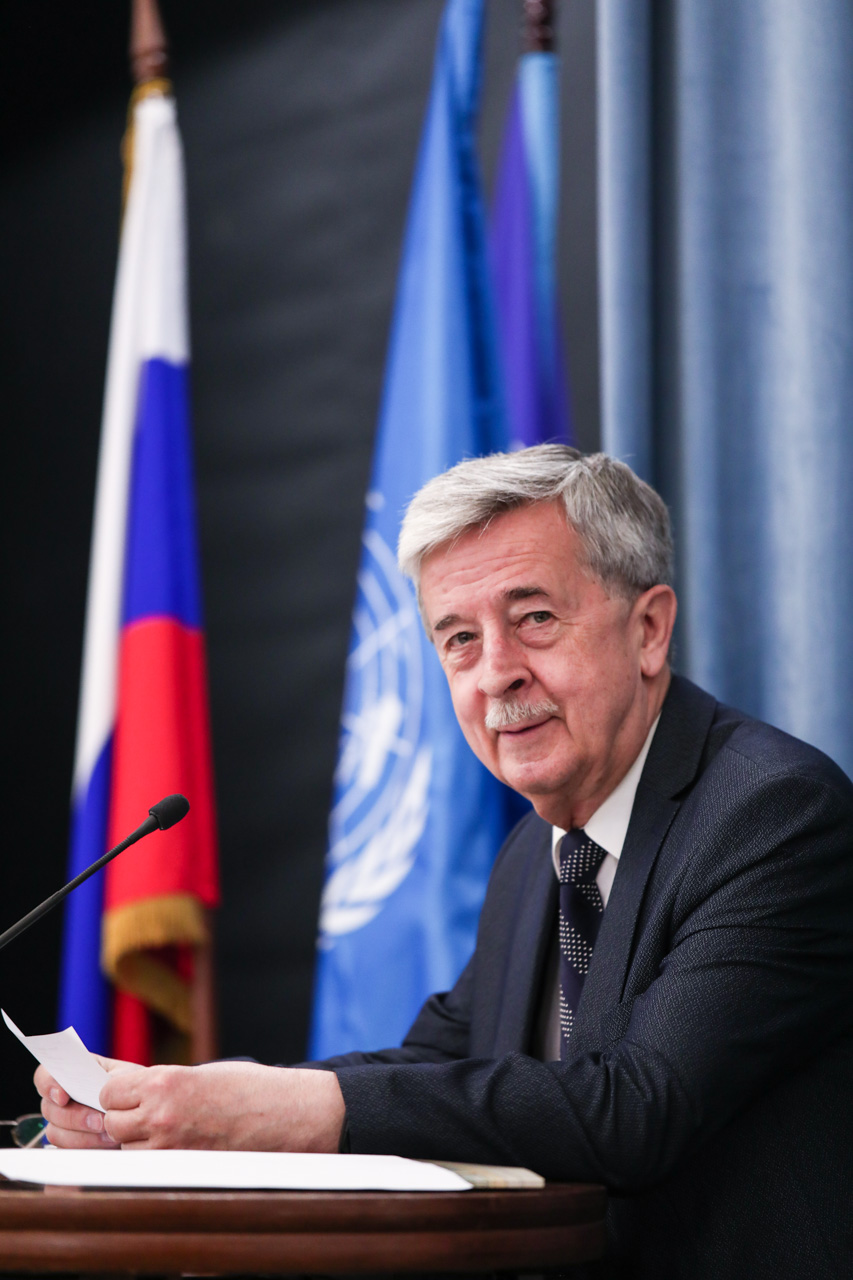 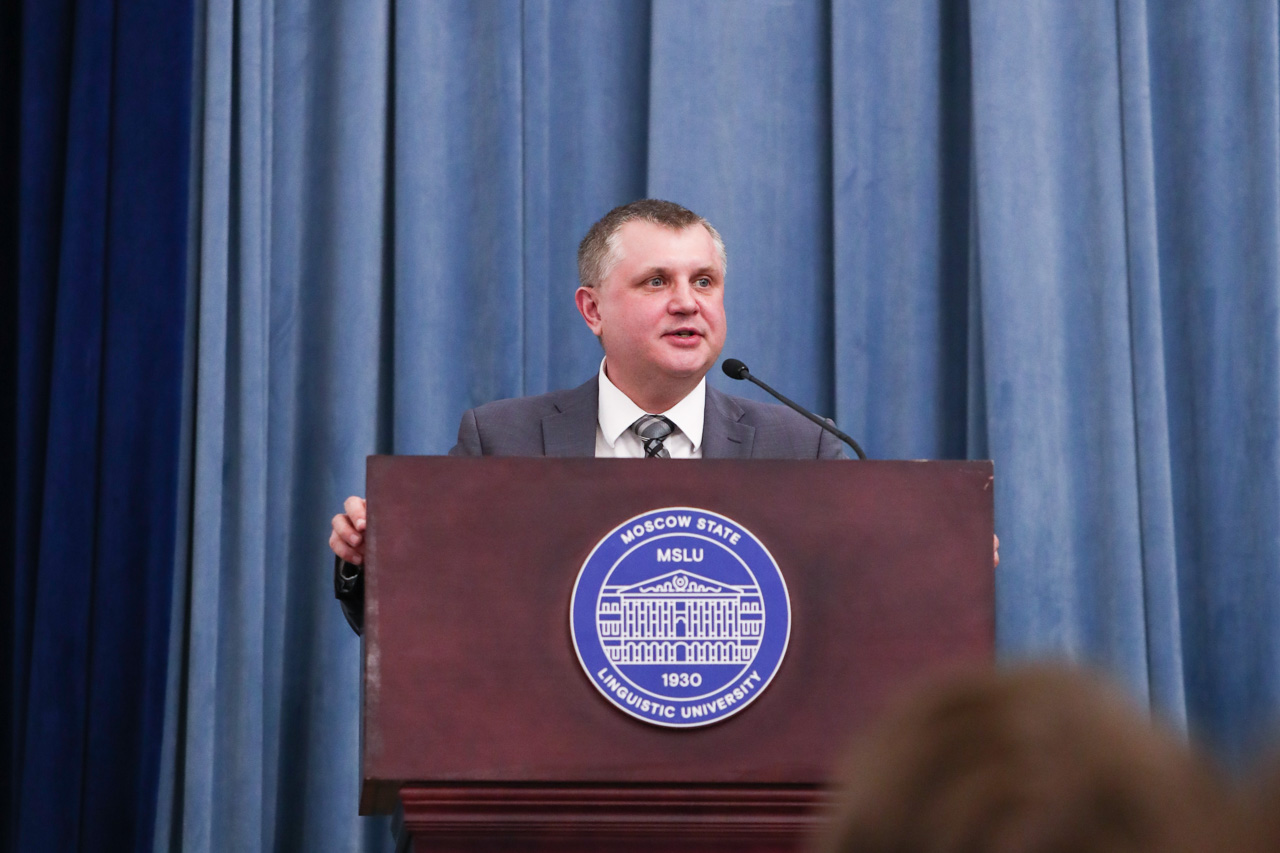 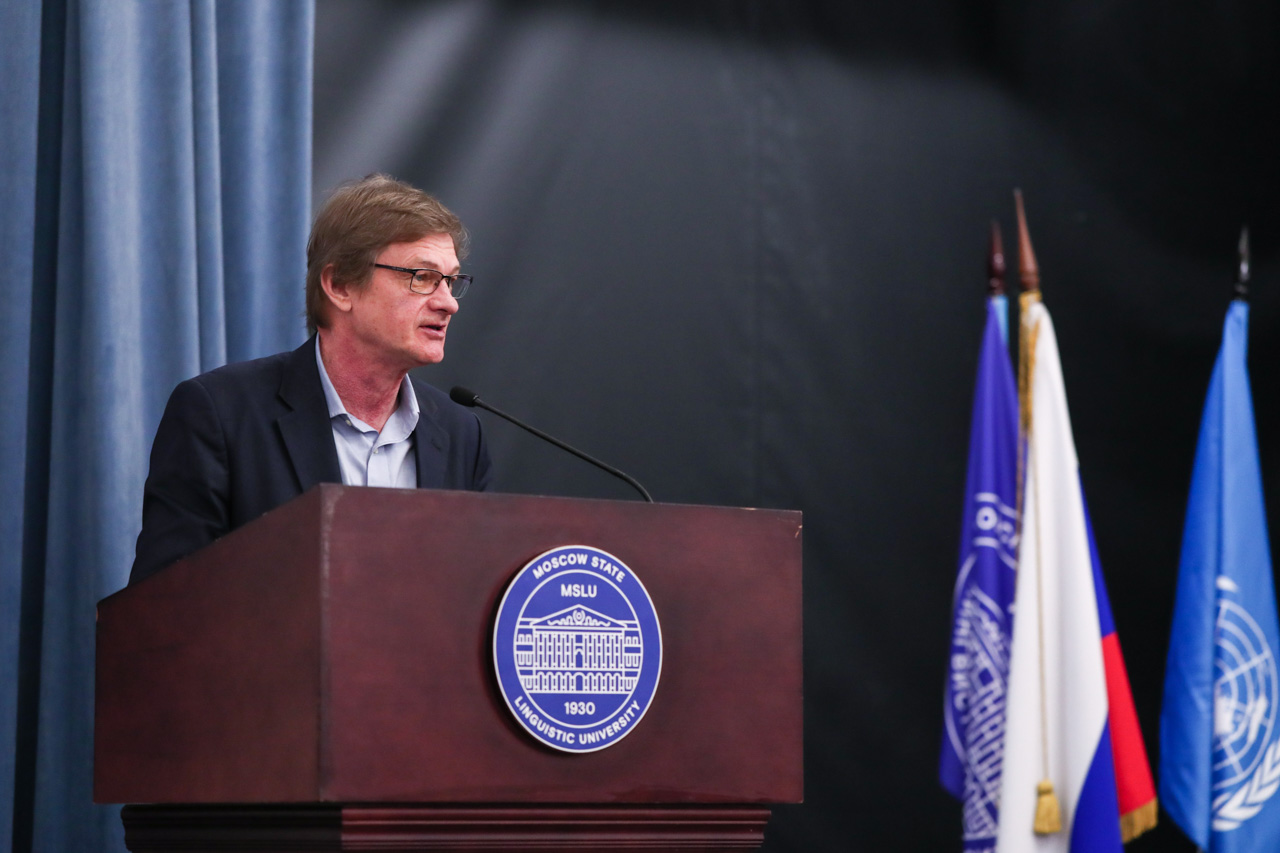 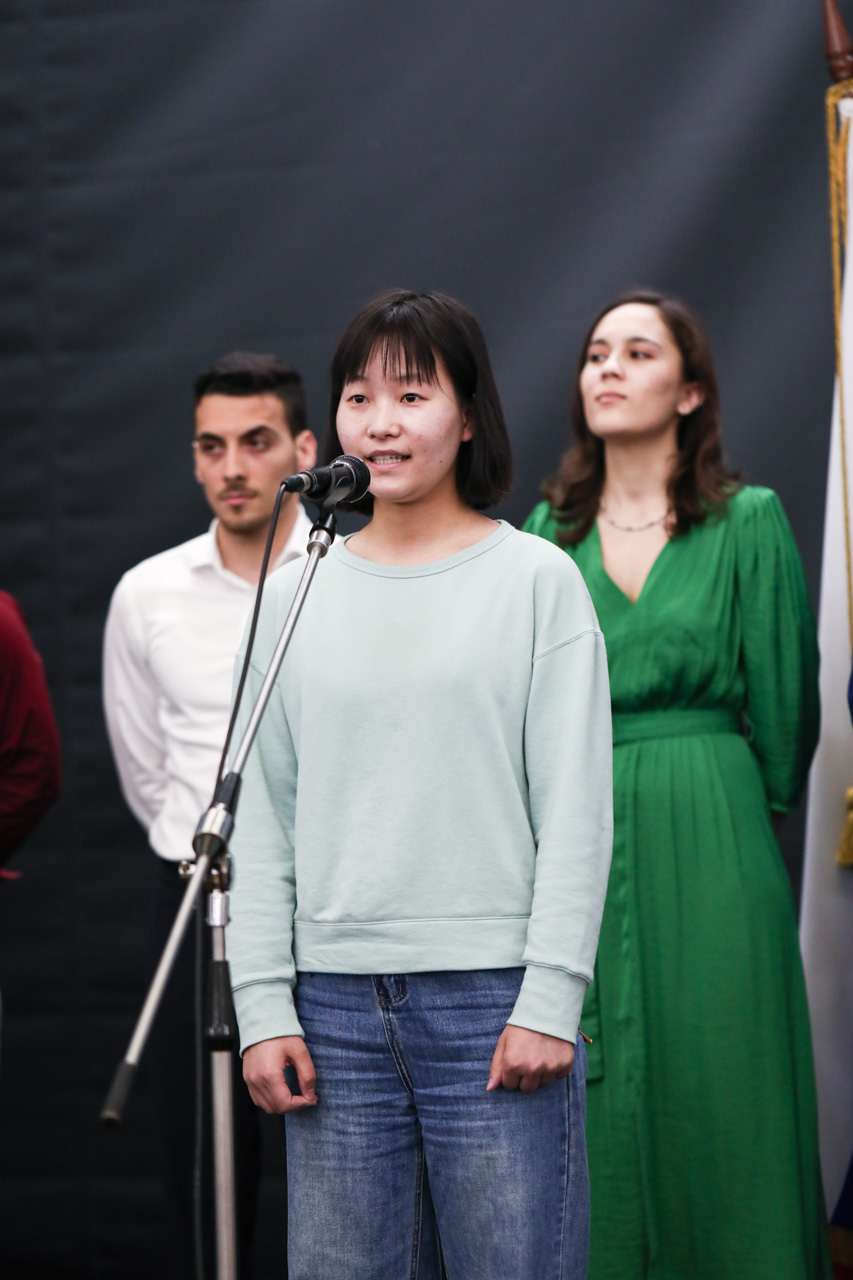 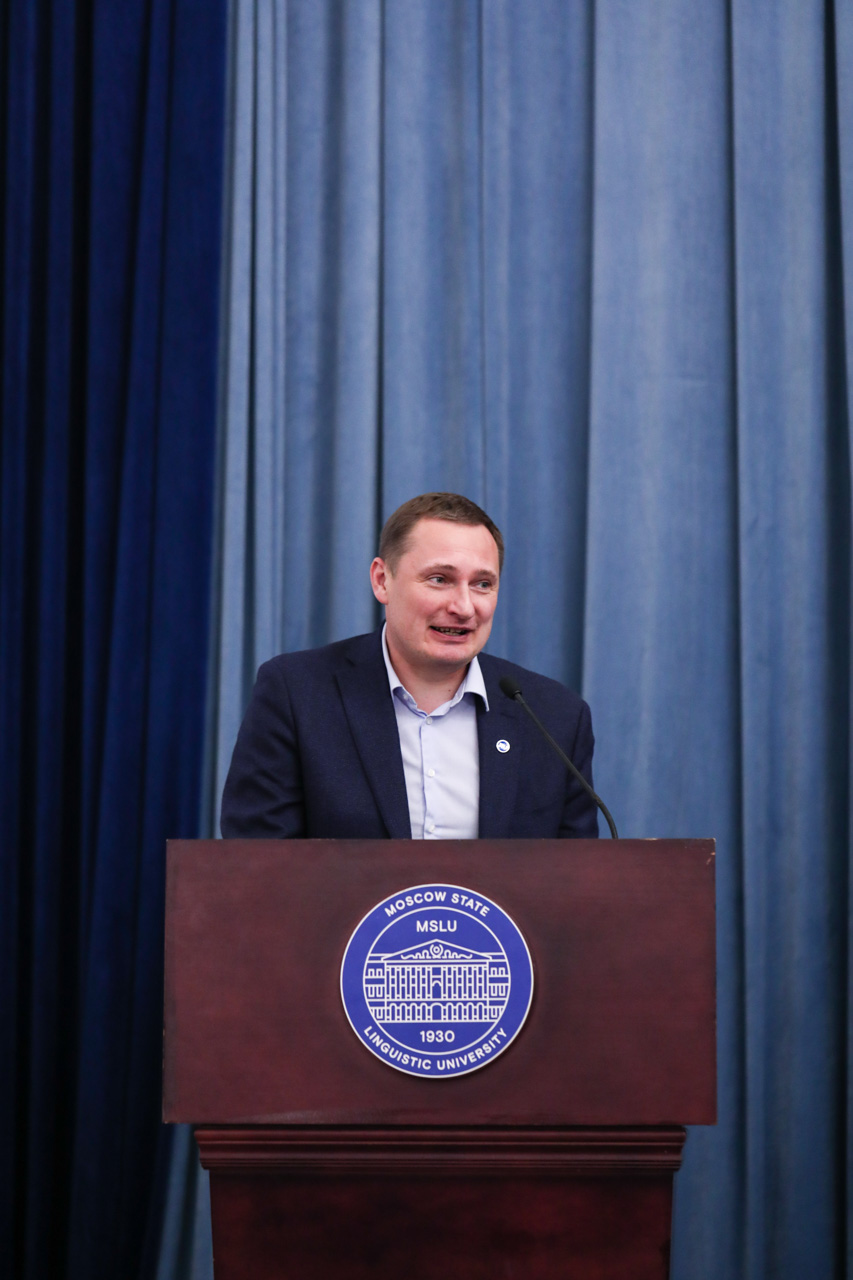 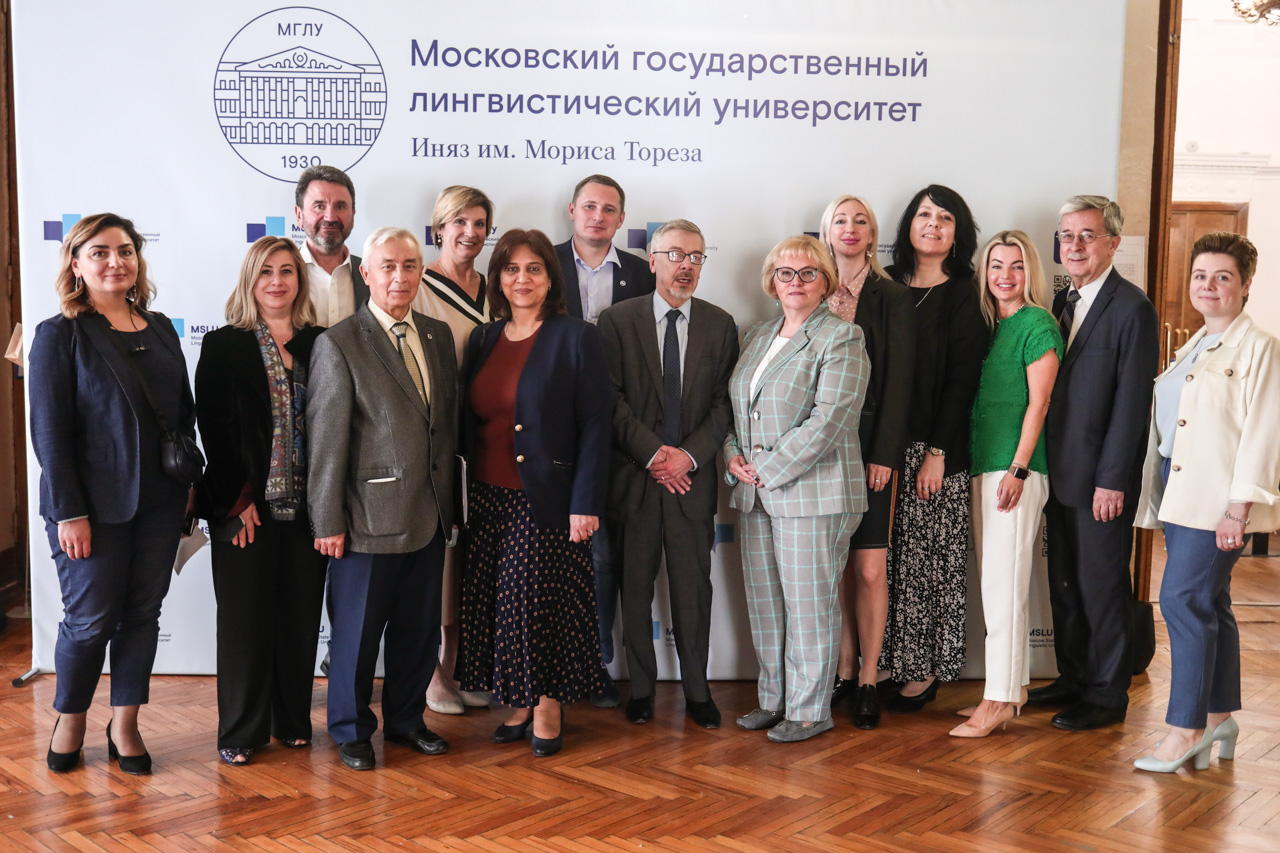