The international scientific and practical conference “Authentic Dialogue of Russia and Francophone World in the Sphere of Culture, Language and Literature” took place at MSLU on April 22-24 for the fourth time and was held in a mixed format (offline and in Google meet). More than 100 people took part in the conference, among them representatives of MSLU and top Russian and Foreign universities, speakers from France, India, Azerbaijan and Belarus.

At the opening of the conference, the rector of Moscow State Linguistic University I.A. Kraeva made an introductory speech. The guests and participants of the conference were greeted by Ambassador Extraordinary and Plenipotentiary of France to the Russian Federation, Mr. Pierre Levy, Ambassador Extraordinary and Plenipotentiary of the Republic of Congo, Mr. David Maduka, Ambassador Extraordinary and Plenipotentiary of the Republic of Mauritius, Mr. Heswar Janke, First Counselor of the Embassy of the Democratic Republic of Congo Mrs. Eme Nzeba Kabamba, Leading Advisor of the Department of International Cooperation of the Ministry of Science and Higher Education of the Russian Federation Karen Sumbatyan. The video address was made by Deputy Chairman of the Federation Council of the Russian Federation Konstantin Kosachev, Director of the First European Department of the Ministry of Foreign Affairs Alexei Paramonov, Deputy Director of the Africa Department of the Ministry of Foreign Affairs of the Russian Federation Alexander Prokofiev. A welcoming speech to the participants was sent by the Special Presidential Representative for International Cultural Cooperation Mikhail Shvydkoy.

Within the framework of the first day of the conference, a solemn ceremony of awarding the Order of the French Republic “Les Palmes académiques” to rector I.A. Kraeva, as well as the dean of the faculty of the French language of Moscow State Linguistic University Yulia Sdobnova and Director of the International Center for Francophone Research of Moscow State Linguistic University Natalia Egorova was held.

The conference included seven sections, three sessions, three round tables, as well as the Creative Literary Laboratory of Professor Alexander Bondarev. Postgraduate and undergraduate students presented papers on a variety of contemporary topics, from phonetics to cognitive linguistics.

Summing up, we can say that the conference was successful and fruitful: a historical dialogue between the Francophone and Russophonic world was held. The conference participants came to interesting conclusions. During the conference, Russian and foreign participants repeatedly stressed the importance of holding on a regular basis a consistent and intensive dialogue between Russia and the Francophone countries in the field of language, culture and literature research. 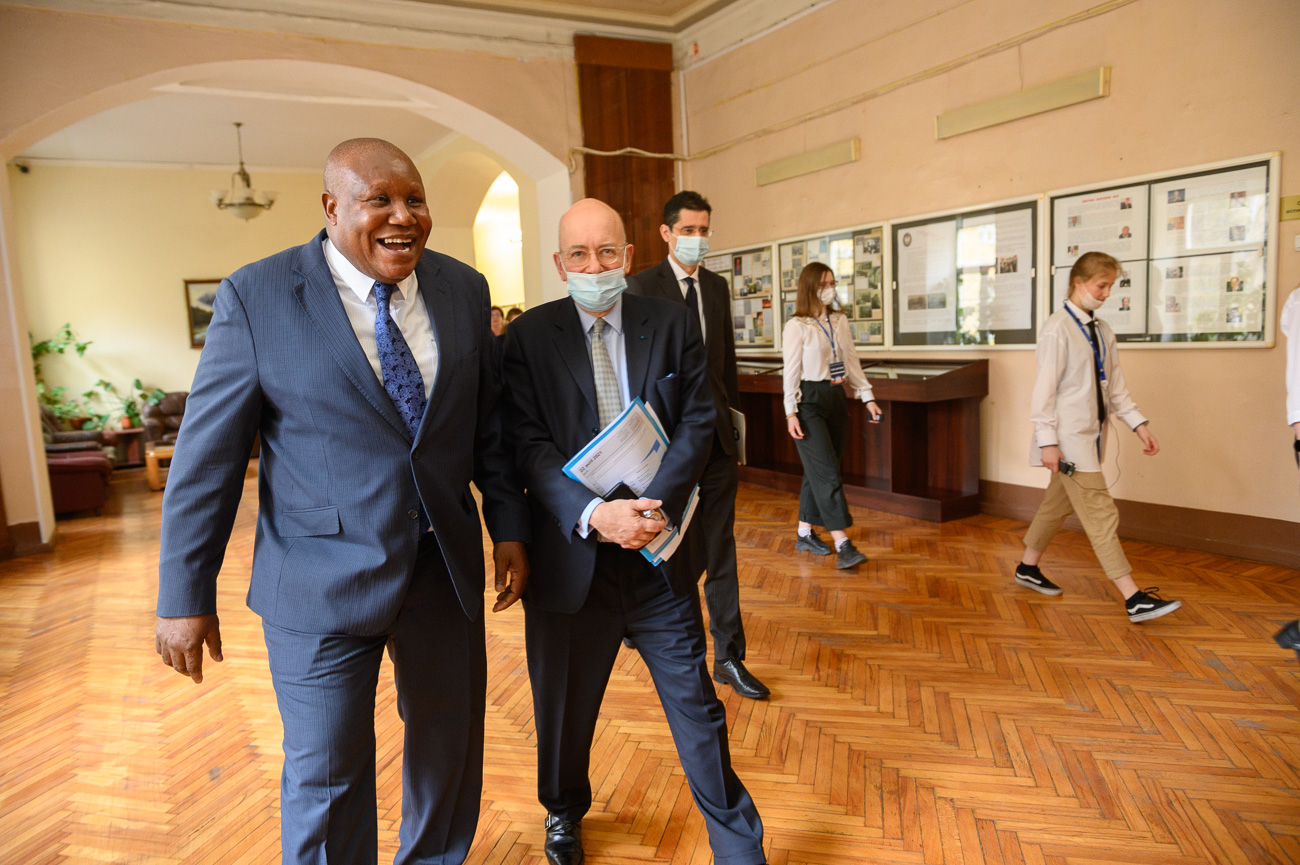 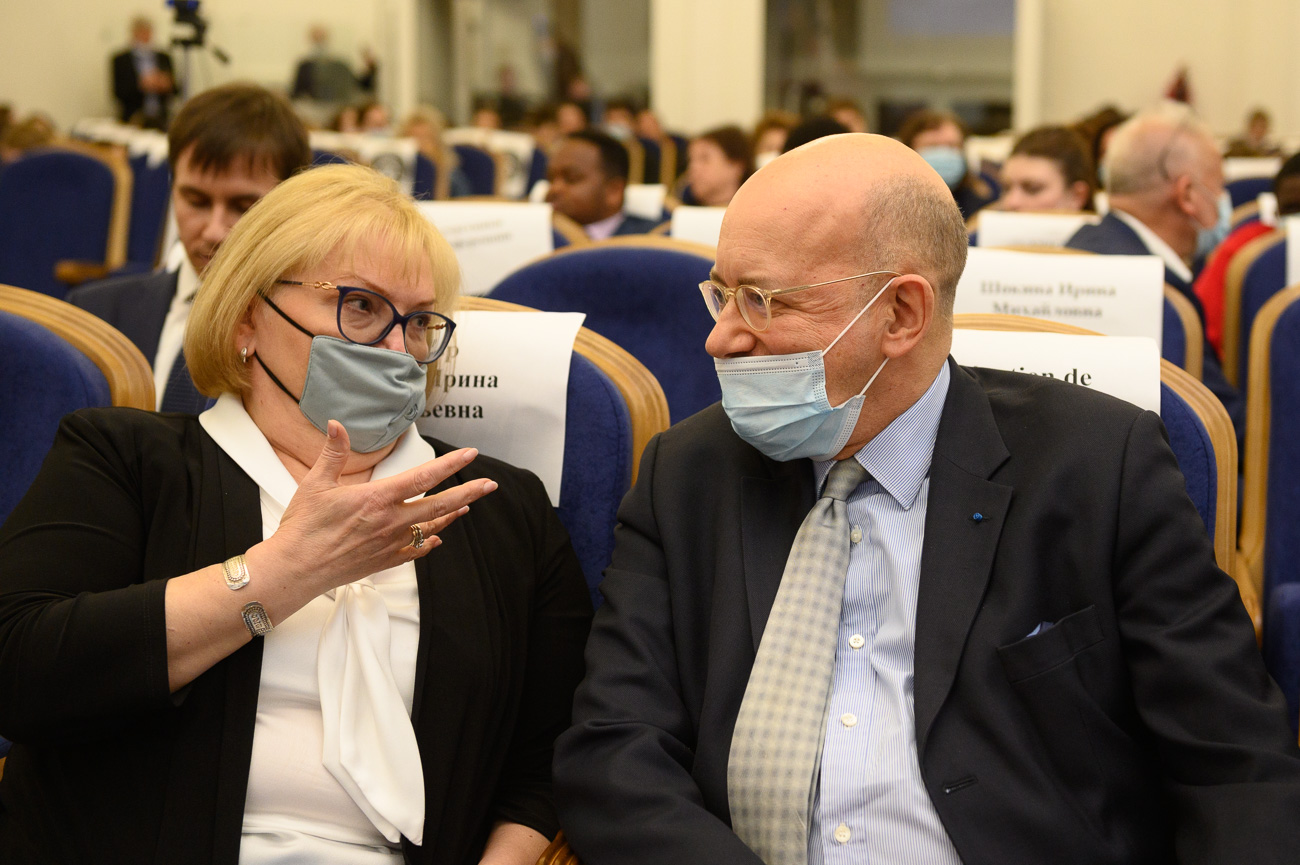 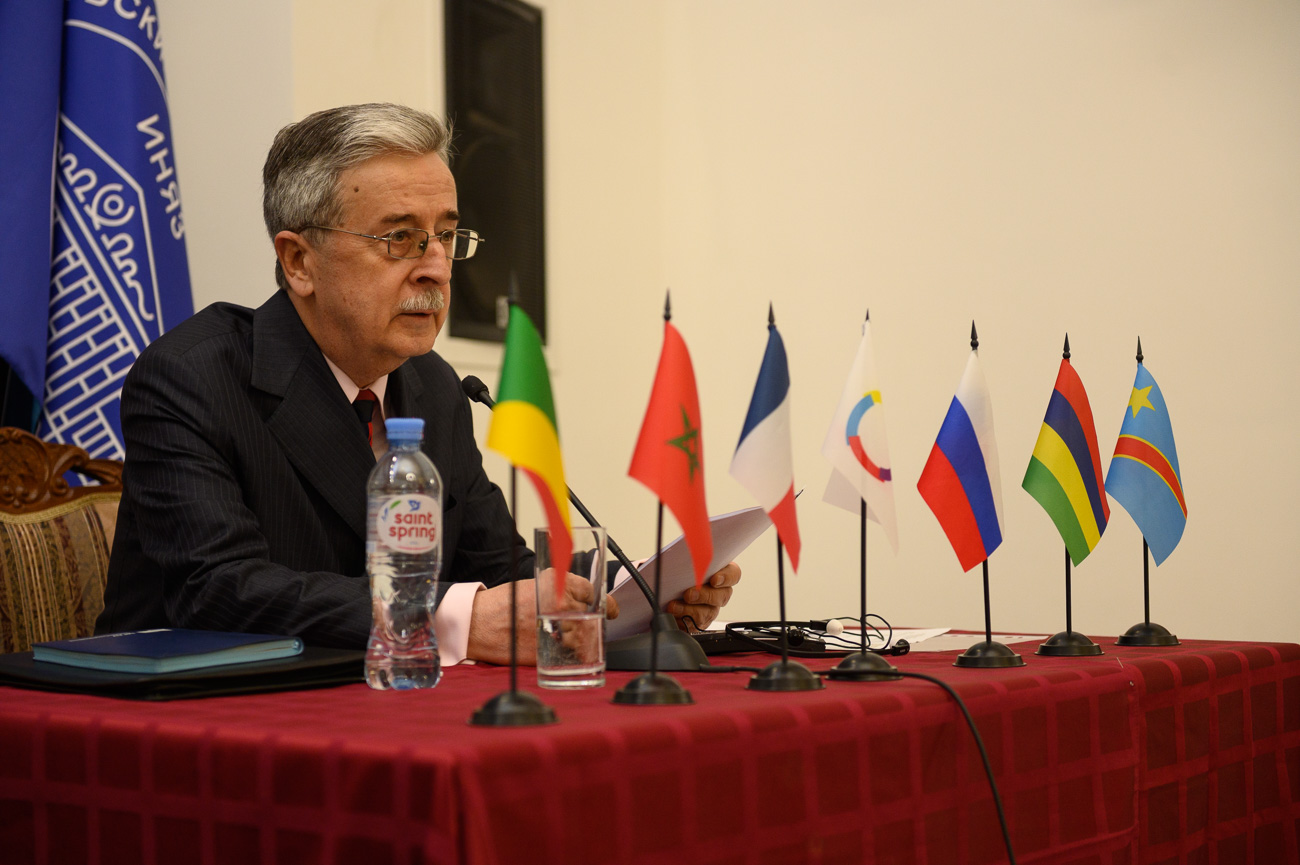 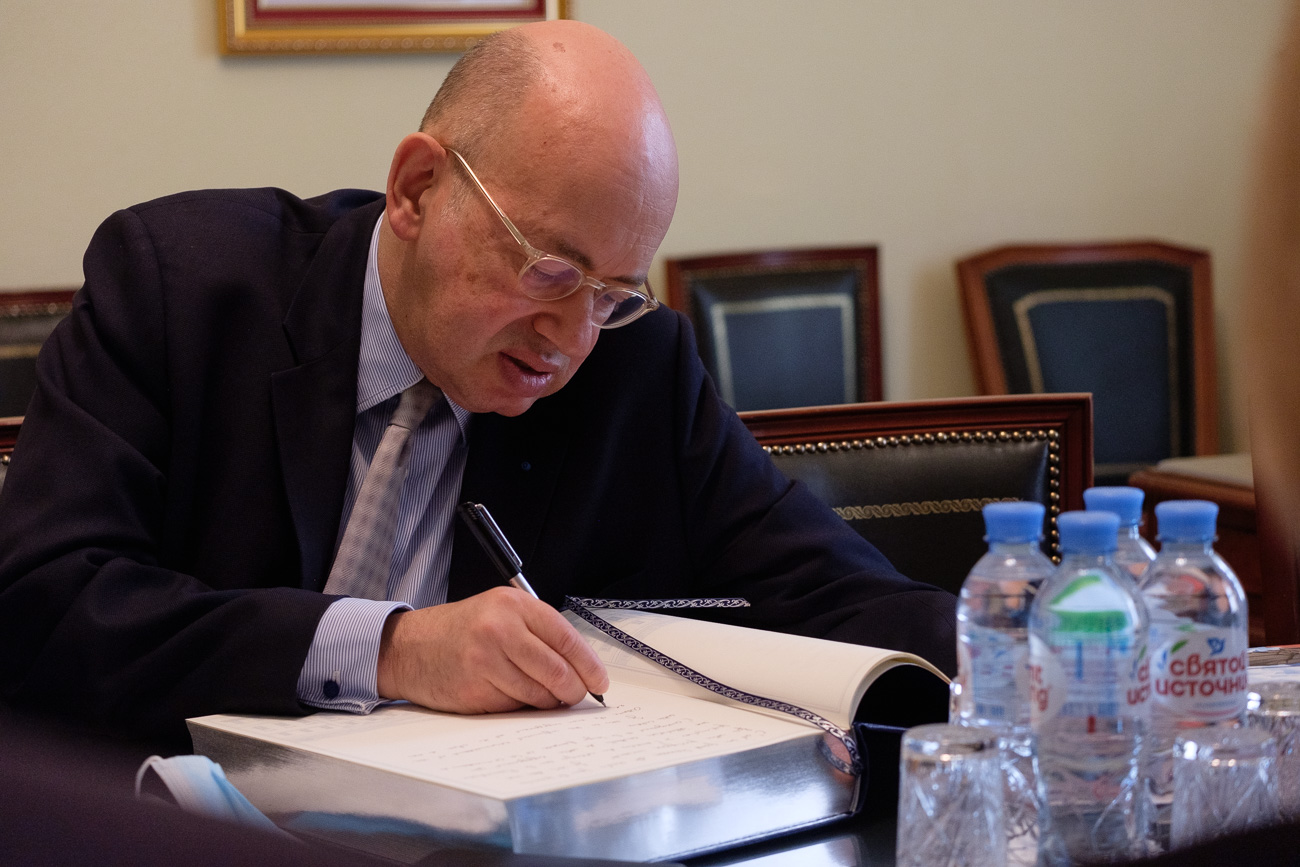 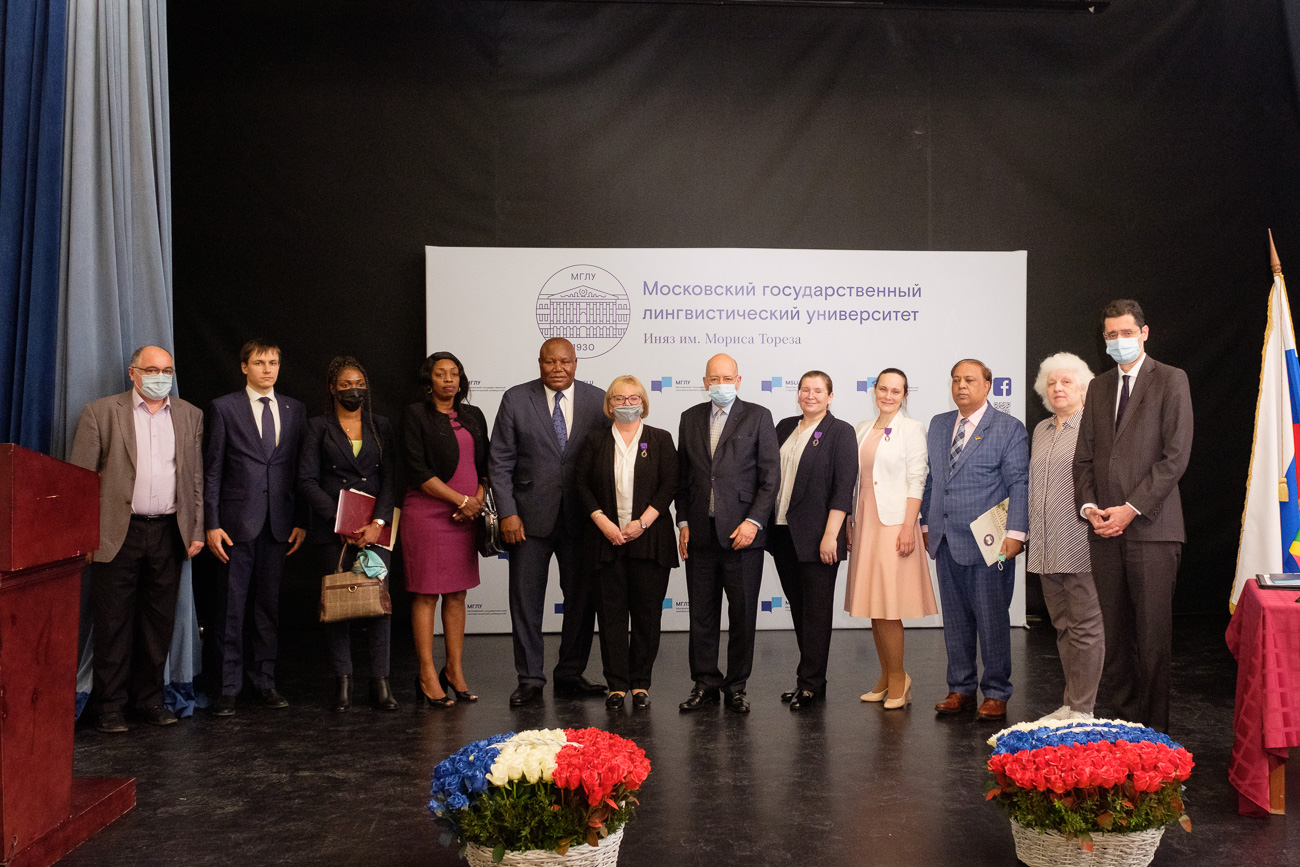 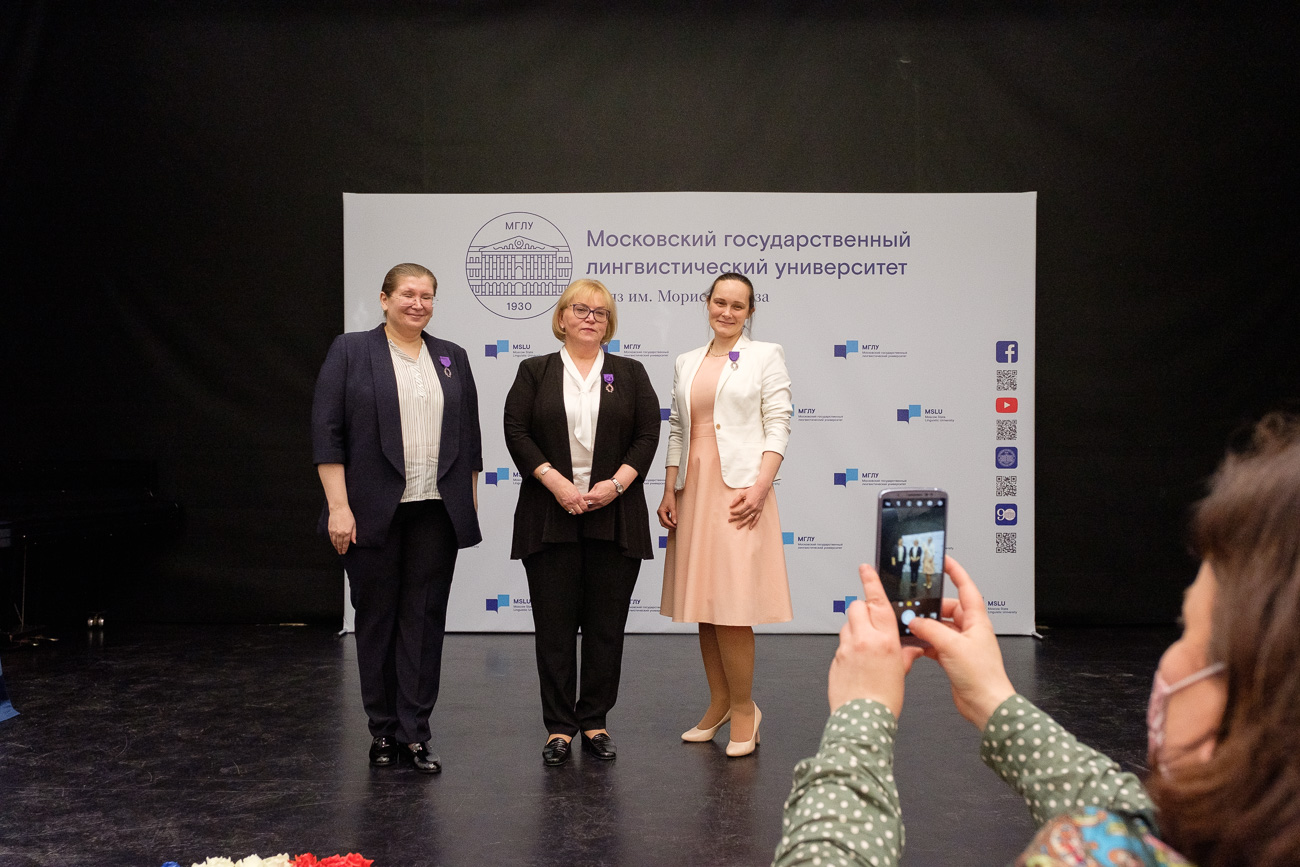