On December 13, MSLU's Academic Council held an extraordinary meeting to confer the  Degree of MSLU Doctor Honoris Causa on Kevin Quirk, President of the International Federation of Translators (FIT) and present him with an MSLU's academic gown.

The opening address of MSLU Rector was followed by the sound of trumpets that announced the beginning of the conferment ceremony: A.Yemelyanov, MSLU's Academic Secretary,  enrobed Mr. Quirk in an academic gown and a cap. The Rector awarded him the Honoris Causa Diploma with flowers and a memorable gift. After the ceremony, Dr. Quirk delivered his first lecture as Honorary Doctor of MSLU. 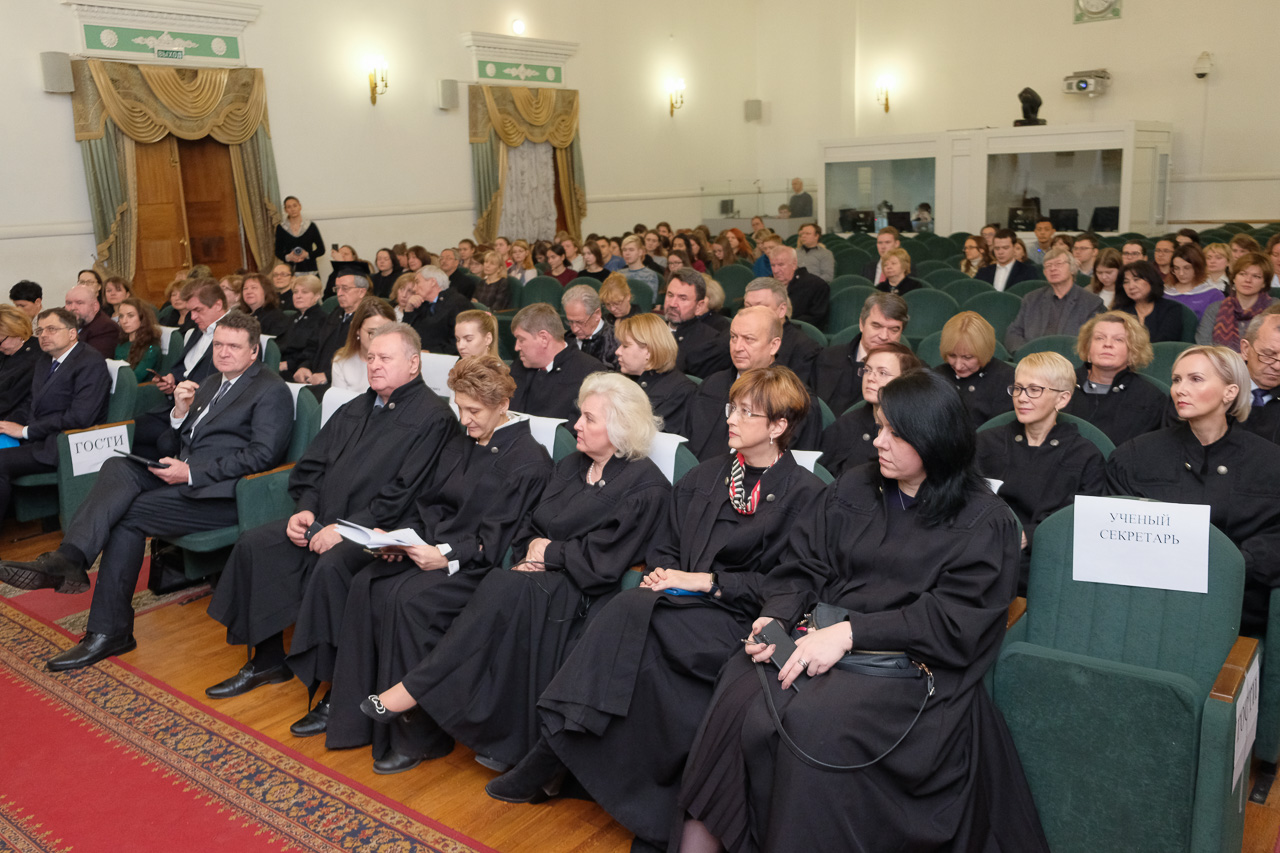 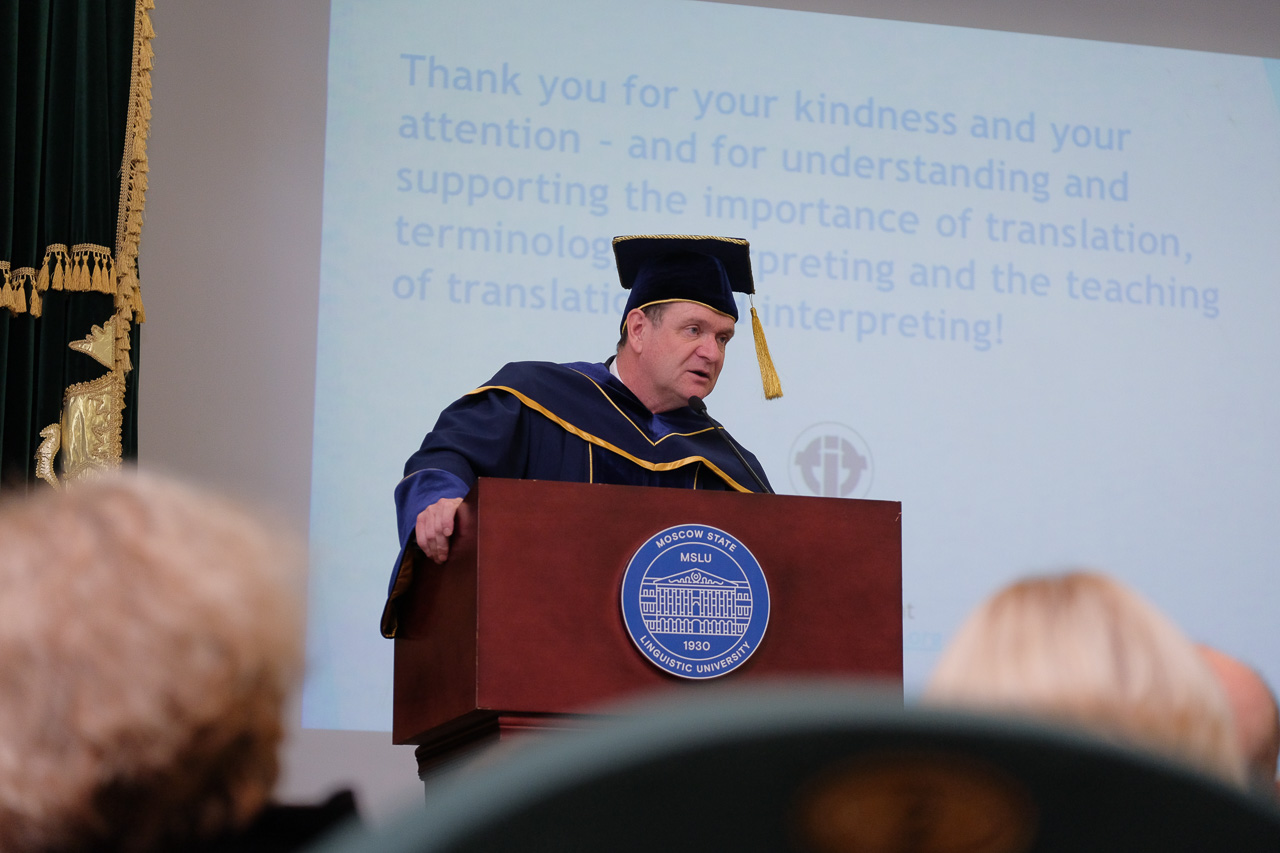 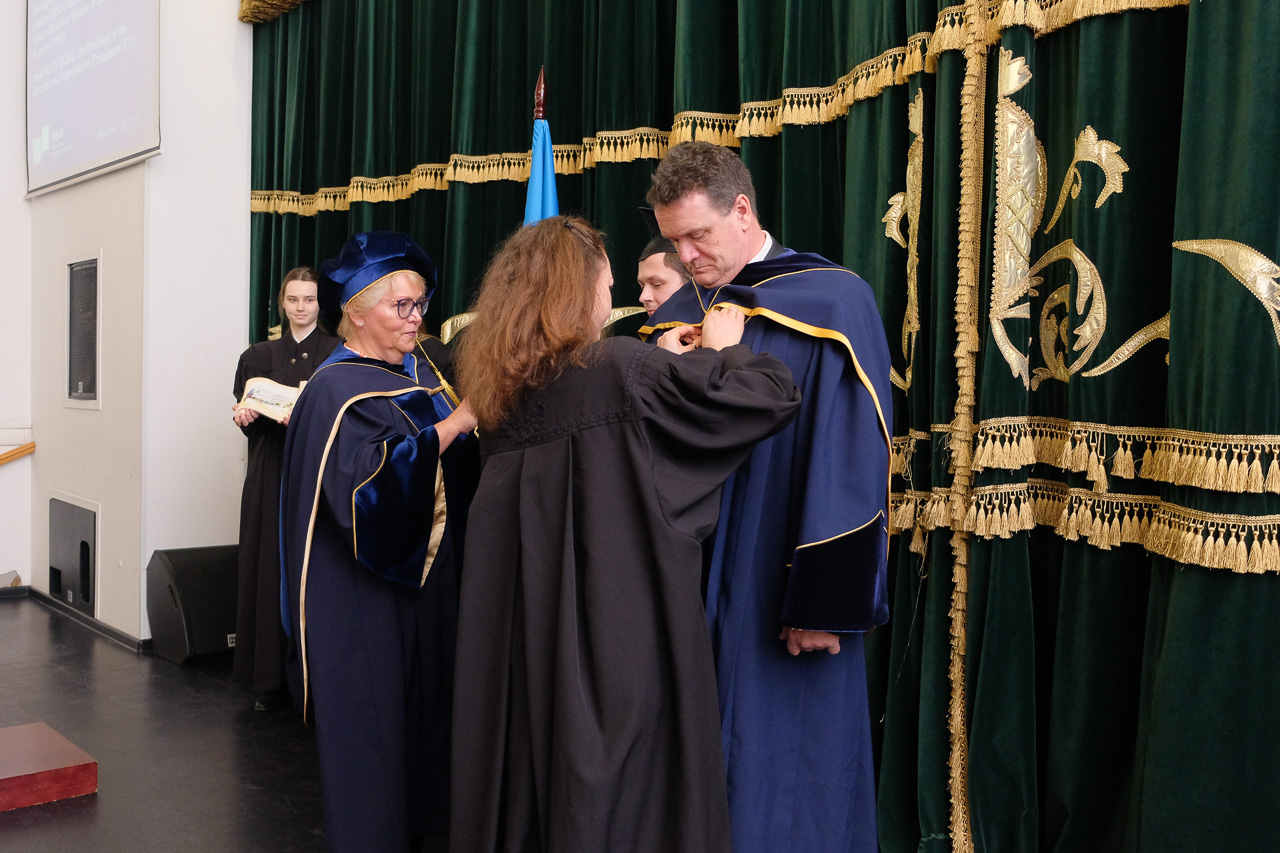 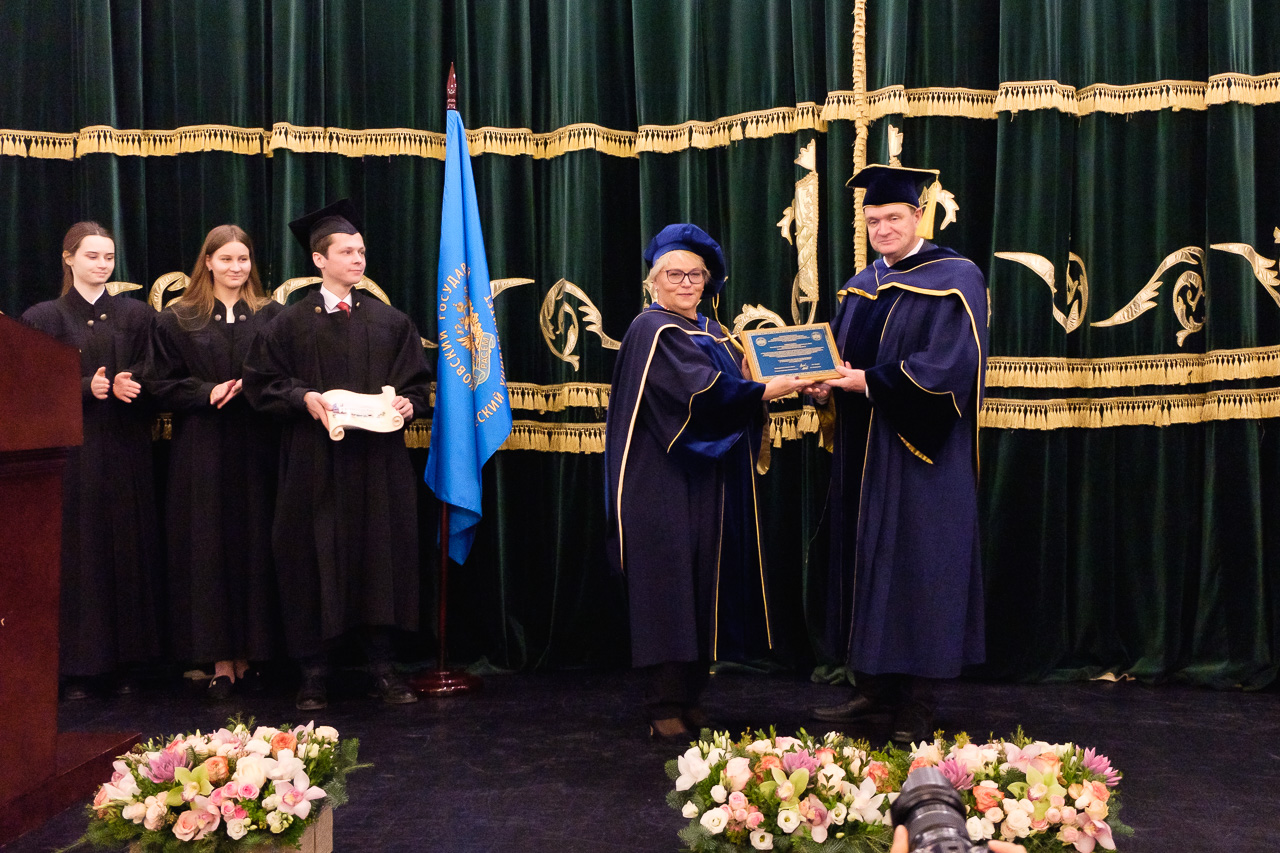 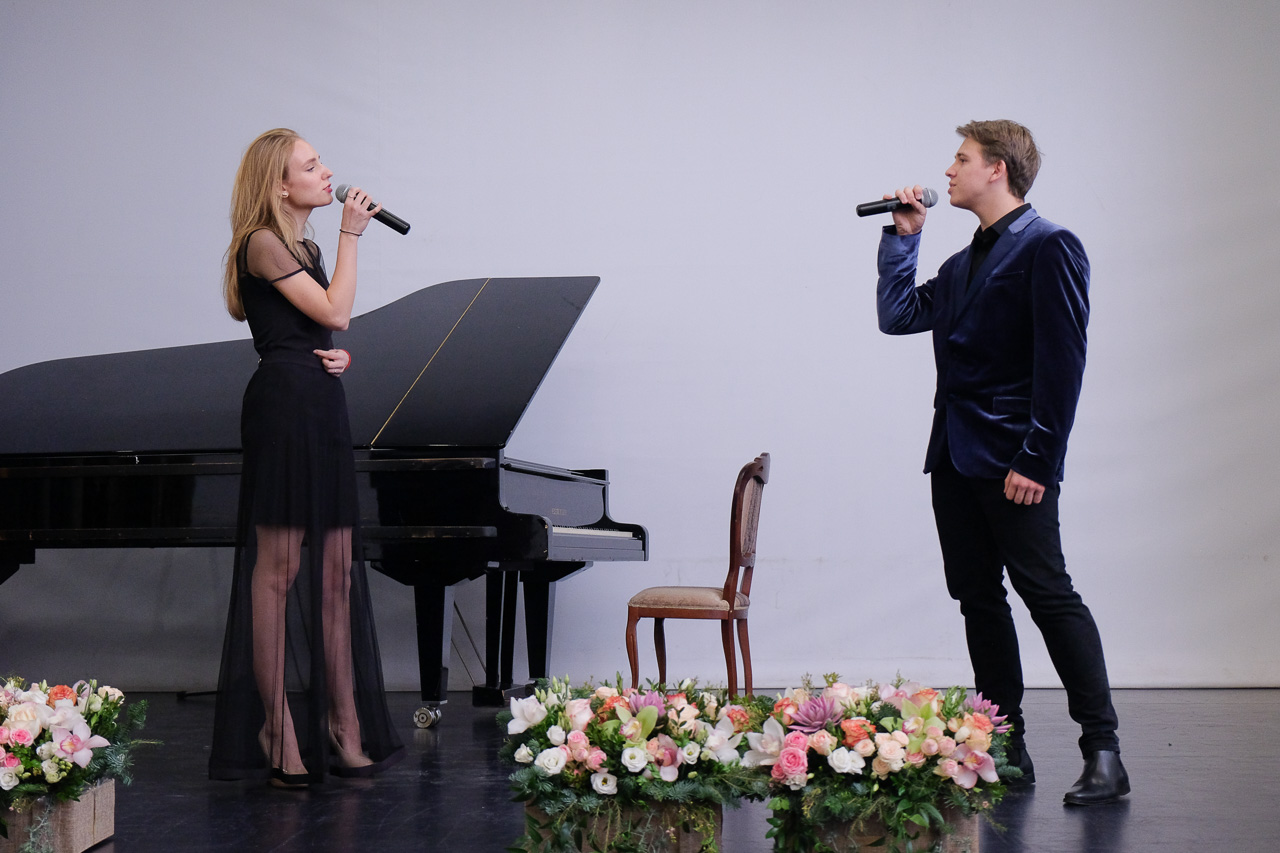 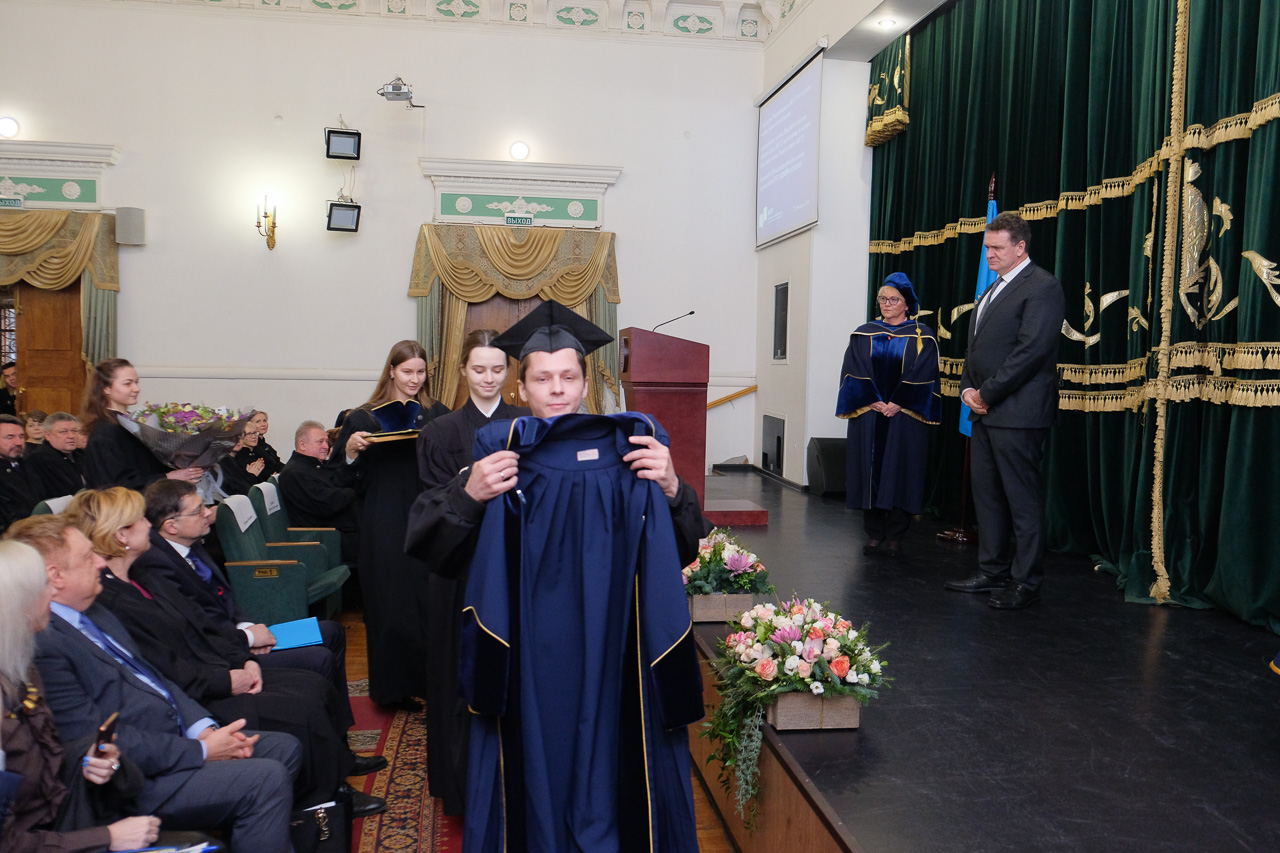