Summer School of the Russian Language and Culture 2019 at MSLU

On August 4, MSLU launched the 2019 Summer School of the Russian Language and Culture for foreign students. Sixty-four students have come to Moscow from Europe and Asia to study Russian with MSLU’s leading professors and to take part in an extensive and diverse excursion programme, including Moscow summer walks.
We interviewed one of the Summer School students from Italy:
Why did you decide to go to the MSLU Summer School?
We learnt about this school at our university. We’ve been studying Russian for several years, so we found it quite interesting. The Russian language is very popular in Italy - quite a few Italians learn it. But we only have a handful of Russian language teachers, let alone native speakers among them! Another thing… we mostly read in our language class, we don’t have time to practice speaking skills. So, a language school in Russia, among native speakers of Russian, is a real find. My friends and I decided to go at once!
Students from what countries study in your group?
We have only 6 groups. There are about 12 students in each group. We are distributed into groups according to the level of language proficiency. For example, I am A2, so during these three weeks I will be studying Russian together with students who have achieved the same level. We have students from Italy, China, France, and Croatia. By the way, during our stay here, we’ve learned a little of each language. It is so cool!
What difficulties did you encounter in Russia?
Of course, the main problem is understanding what is being said. Our level is still not high enough to understand fluent Russian speech. It was quite difficult to use the Russian currency, it’s completely different! We also wanted to try Russian cuisine, but as it turns out you have very few restaurants offering traditional Russian dishes. It’s not an easy thing to find one, but MSLU volunteer students help us with it, just like with many other things. They take care of us - try to help all the time, ask how we are, and explain how to get to an attraction.
By the way, you have quite a few Italian restaurants here. We were surprised to see that our cuisine is so popular in Russia. We do not have any Russian restaurants at all.
What is the hardest thing about learning Russian?
You have so many similar words, how can one remember all of them? For example, “zA-mok” (a castle) and “zam-Ok” (a lock). In our language, this is very rare. Another difficult thing is participles, they are quite confusing. And, of course, punctuation.  It will be a long time before we come to grips with it.
What is your favorite place in Moscow?
So far, we’ve liked all the places we’ve been to - Red Square, the Gorky Park, the Moscow City Observation Deck, and Arbat. And there are still quite a few excursions to do and sights to see.
Would you like to live in Russia?
Actually, I would, because I like the climate, you have all kinds of weather! But many of my friends say that they would get cold in Russia, because even in summer it can be just plus 10 degrees Celsius! But I like it! I love adventure and Russia is the country for those who seek it. 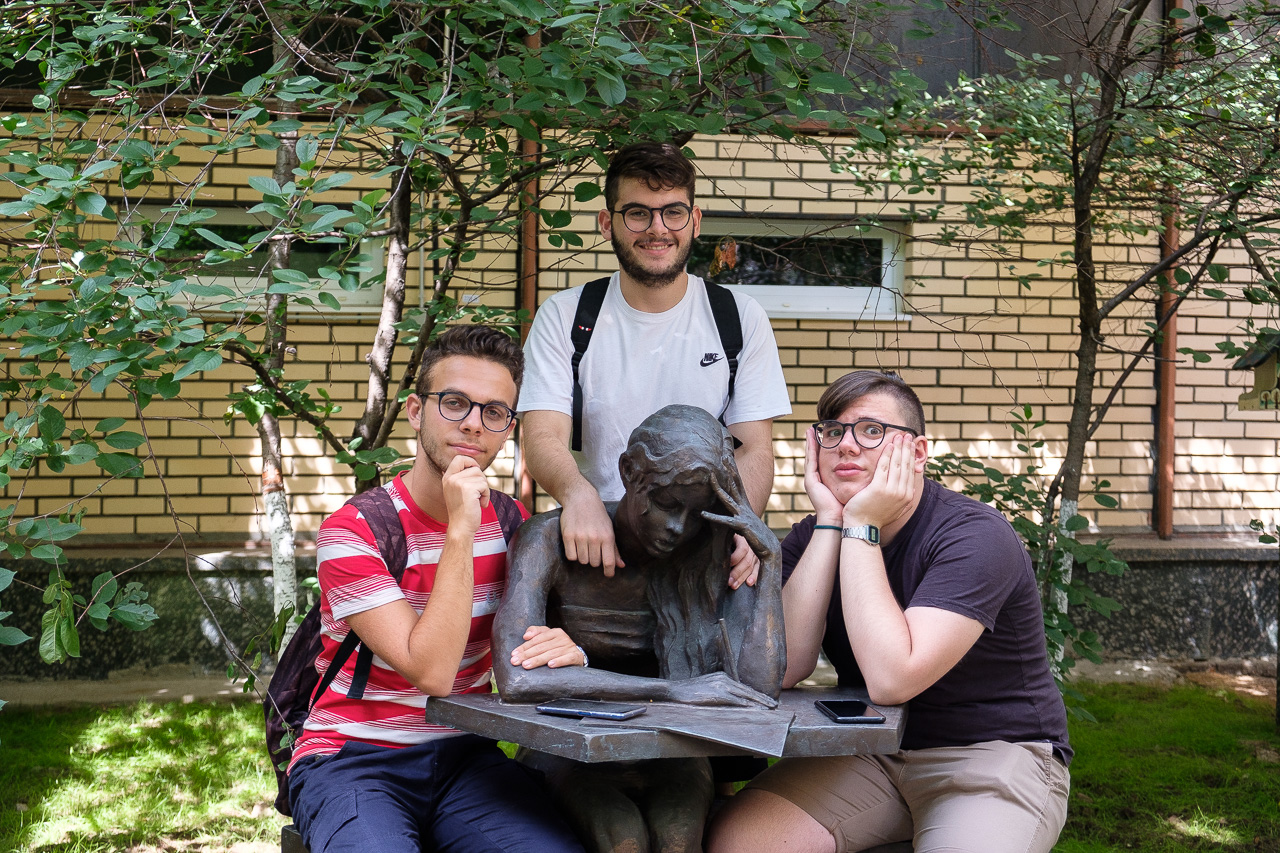