The Sergei F. Goncharenko Spanish Language and Culture Centre, named after the famous MSLU professor of Spanish and translator of Spanish and Latin American poetry (1945–2006), was the first ever such unit to be established in a Russian university. It was founded in 1999 by MSLU and Granada University in order to help MSLU students of Spanish master the language and the history and culture of Spain. For this purpose, the centre was provided with a library of fiction and educational literature and a collection of phonograms.

The scope of the Centre's partnership has grown to include the Cervantes Institute, the Embassy of Spain in Moscow and the Spanish Centre (a non-governmental organisation of Spaniards who have been resident in Russia since 1937 and their descendants).

The Sergei F. Goncharenko Spanish Language and Culture Centre is involved in implementing MSLU cooperation agreements with the following universities in the Spanish-speaking world.

Among the Centre’s most memorable projects are:

The Sergei F. Goncharenko Spanish Language and Culture Centre also works in cooperation with the embassies and cultural institutions of Latin American countries.

Since 1999, the Association of Teachers of Spanish in Russia (website: www.hispanismoruso.ru; established in 1994) have been based at the Centre.

The Center is particularly proud of its role in holding the Congresses of Teachers of Spanish in Russia (1994, 1999, 2008, 2013), which bring together academics, scholars and diplomats. 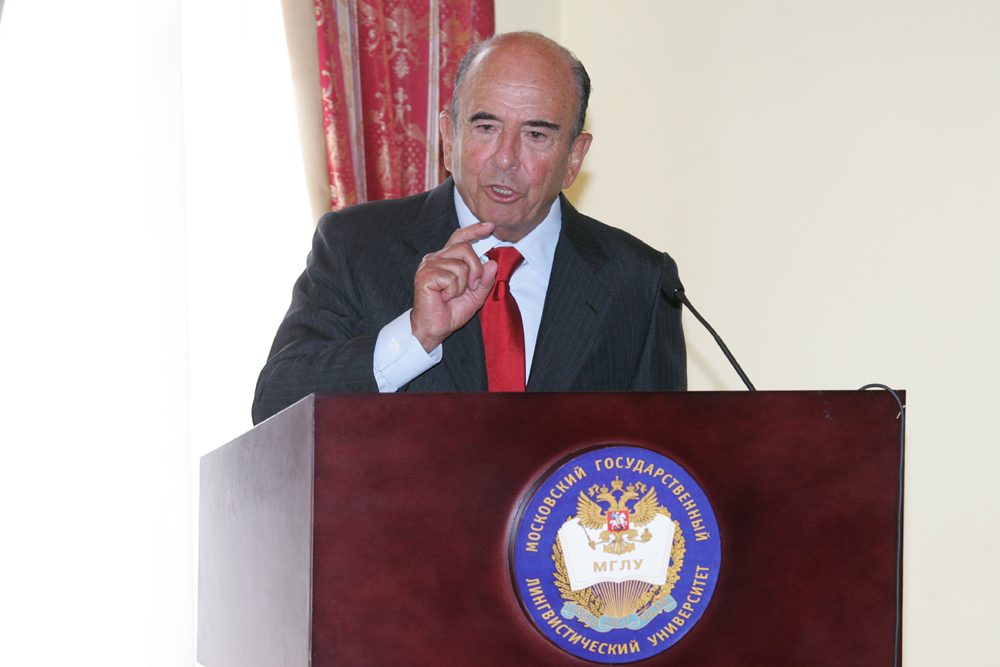 MSLU students meeting with Michelle Bachelet, President of the Republic of Chile, at the Chilean Embassy in Moscow (2009)

A cycle of lectures by National University of Columbia and the University of Antiochia professors on the life and work of the Columbian author Alvaro Mutis (2014). 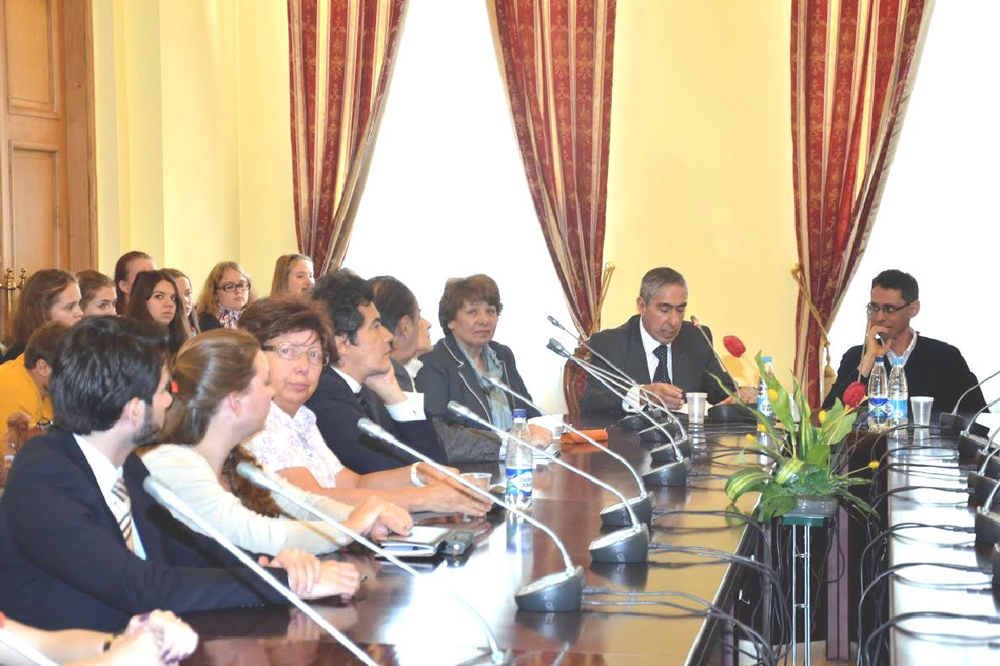